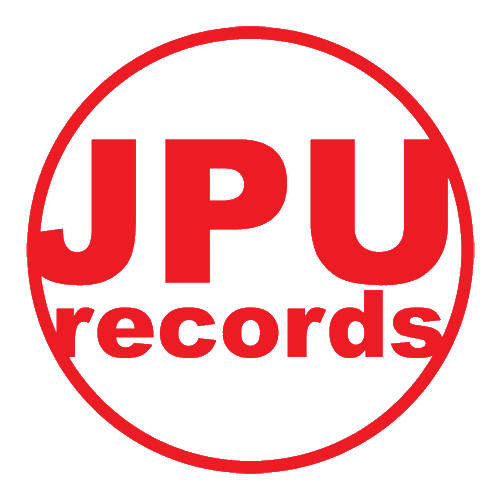 Hello everyone!!! It is a great (really great) honor for me to present you my latest interview. The protagonist of this interview is Tom Smith, CEO of JPU Records.
Can you explain to those who don't know you, what JPU Records is and what it does???

Hello! JPU Records is record label that specialises in releasing kick ass music from Japan. It doesn’t matter if it’s rock, metal or pop; if it’s kick ass it’s getting released. This year is the tenth anniversary of JPU as an official Limited company, but it’s existed in various unofficial forms for over 15 years, maybe close to 20, I’m starting to lose count...
I started off just selling second hand CDs and writing about Japanese artists the same way you are doing (but it was early 2000s so I was getting my articles published in magazines instead of online), and running a Japanese music club night. Bands started asking me if they could perform at the event, and then bands were asking if I could sell their CDs, and then labels were asking me if I can represent the bands overseas. It all grew like that, I didn’t plan anything.

In a period where everything passes from the web, and above all the world of music has undergone a deep digital transformation with numerous online stores and streaming services, why should a person come to you??? What is the added value that you can give to your customers (and to the artists who choose to collaborate with you)???

The quick answer is it doesn’t matter. If you stream or download the track in Italy, you’re doing it via JPU Records without even realising it. If you buy the CD in your local store, from Amazon.it or direct from JPU Records’ website, it’s all coming from JPU originally. If you buy direct from our website we make a little bit more money and the band might get a little bit more in royalties, as the store / website / distributor isn’t taking their cut.

How is the reception by the public here in Europe??? Which are the countries where J-Music is spreading the most??? Can you tell us something more detailed about Italy??? My feeling is that from this point of view we are a country with a firm market.

We have some of our strongest sales of LOVEBITES and the GazettE in Italy! Anything metal seems to sell very well there. I’m not sure if it’s because of fans or because of the distribution team in Italy doing a good job... it’s probably a mixture of both, grazie!

How do Japanese artists see the opportunity to take their music so far from their home country???
The Japanese record labels are available to "grant" their artists or, with some of them, you already know that it is impossible to negotiate???
As a common fan, I still find myself facing too many region blocks in online stores.

Ummmm, think of it as business. These managers have to trust a foreign entity. I don’t mean “foreign” like a person from overseas, I mean like an actual outside entity. Who are they? Are they trustworthy? Do they have a track-record of getting the job done and achieving what they say they will? Will they cause any issues for the band’s image and publicity? There’s a lot of trust the manager has to give in order to allow an outside company to work with them. If anything goes wrong the manager is going to get in trouble for trusting the outsider. As for region blocking and whatnot, I know your pain but that’s standard in the entertainment industry. It’s annoying for fans but it’s much better these days than before.

A topic I'm very interested in: concerts and tours. Does your sales data affect which countries will be involved in the tours or is it established regardless of that data??? What can influence these decisions???
Seeing your favorite artist perform in all the neighboring countries except yours is a pain ... and Italy is always excluded from these events.

Sales overseas definitely helps! Bands and management can see where the fans are based, and if sales aren’t great in a particular area, there’s a chance they might skip that place… but also it depends on the tour agency involved. It also depends on which contacts, venues and local promoters they have a good relationship with and if they can convince the local venue / promoter that a show is worth putting on. That’s why if the tour agency is a British one, you’ll probably see more UK dates than Europe as they have better connections in the UK. Similarly, the European ones are usually based in France or Germany, so those countries get more local dates than anywhere else. Sounds like Italian agencies need to get involved more!

From the legendary SCANDAL to the very young NEMOPHILA, from the irresistible BAND-MAID to the alternatives Sokoninaru, through the seiyuu Sumire Uesaka and the impressive the GazettE, etc ... your artists catalog can boast an excellent variety and musical quality.
How do you choose which artist to add to your catalog??? What is it that influences the choice: musical genre, style and originality, fan base of the artist, etc???

They gotta kick ass!! Their music has to make me excited, otherwise what’s the point.

Among your artists there are also Buck-Tick... I find it particularly interesting to discover artists with such long careers and coming from such a distant period (I was not yet born). Are you considering the arrival of other artists of the genre ... possibly, here is the fan in me talking, with a "best of" that covers a bit of their entire career???

Buck-Tick are interesting and we were talking about some kind of release to mark their anniversary. Are ‘best of’ albums the way to do that in the age of playlists? I’m not sure...

We come to questions about your releases. What is it that differentiates your editions from the original Japanese ones???
Some artists, for example NEMOPHILA, have created a version of their works exclusively for oversea... in the future this type of operation will become more frequent???

That’s quite rare! And I think you have SAKI to thank for that. “The original Japanese releases” is kind of a strange concept… people don’t generally say things like “I want the original American release of The Matrix”, or “I only want the Japanese edition of Elden Ring”. The JPU edition and the original edition are almost identical. The JPU edition doesn’t have the obi strip, but they generally will have an extra booklet with English lyric translations and also romaji lyric transliterations so fans can sing along in Japanese even without knowing how to read Japanese, and they can also understand the meaning of the words.

Lots of CDs but practically no DVDs or Blu-rays, how come??? High costs, little market, etc.

The costs involved in Blu-ray releases are ridiculously expensive! Did you know you have to pay a royalty to Sony for every Blu-ray you press? That’s on top of production costs, authoring costs and everything else… anyway, the main reason is these releases are generally for hardcore fans (especially because of the price), and those hardcore fans in my experience will spend their money on the Japanese release and then think it’s perfectly acceptable to pirate the overseas release for the subtitles and feel justified because “I spent $.XXXX on this already”. That’s why you don’t get more DVDs and Blu-rays localised.

Why publications of some artists stop and the most recent works are not released??? Contractual problems, little success, etc.

Do you mean like BAND-MAID released 4 albums with JPU and then not the newer releases? For them, they changed label in Japan and the new label wanted to release overseas by themselves. This happens a lot. I was very lucky when SCANDAL left Sony, I already had a good relationship with their new label so we could release their new music without any pause or gaps.

For me J-Music is also equivalent to merchandise (t-shirts, keychain, etc.) ... is there the possibility of being able to become a distributor of the official merchandise of your artists???

We would love to! But the management / labels in Japan know this too and they want to handle it themselves. Personally, I think it’s ridiculous and limiting the fandom to just rich fanboys.

Projects for the future??? What are your goals ... expand the artist’s catalog, cover more musical genres, a more widespread diffusion of your material, get more artists on our territory to perform???

Future? I only live in the present, baby! I’ve been doing this a long time, and nearly all of it hasn’t been planned. My original plan was to make a label that can one day sign the GazettE. They were my first signing, and it was a dream come true! But in doing so, I missed an opportunity to work with BABYMETAL. You see what I mean? You can plan for the future, but in doing so you miss out on chances in the present. Of course, I don’t regret anything, the GazettE are one of the greatest bands from Japan ever in my opinion, and I couldn’t be any happier, but my point is that I’ve learnt to look at the now and not the future. Similarly, I’ve been burnt before by working on establishing a band to be big in the future, spending lots of money on promotion and flights, etc, and then when the band finally gets the recognition they deserve (and much of it from the international success I helped achieve) the label in Japan cuts me out. So yeah, all about right now, it’s all I have.

Finally, I would like to end the interview with a little game. Before anything else, we are fans always looking for good music ... so why not exchange some advice on great artists to listen to??? I recommend Pop Art Town, as a musical style they are something that you miss a little and they are really enjoyable to listen to.
Now it's your turn ... and please: too easy to name one of your artists, they are all fantastic.

Paledusk, the most exciting band in Japan right now!!! Their song BBB is playing while I type this. I love it, and the video is brilliant too.

Thank you so much for being available to this interview and for putting up with my questions.